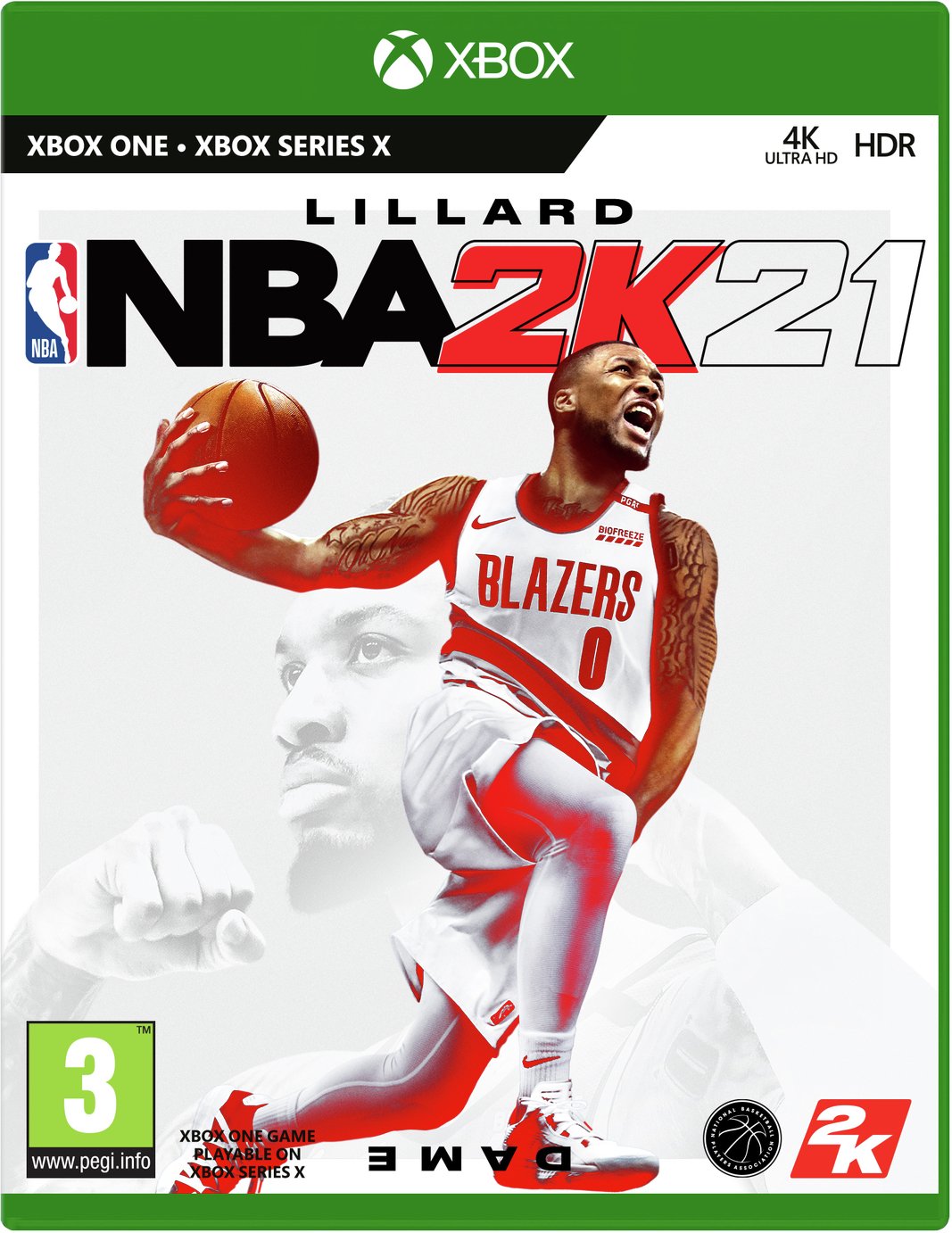 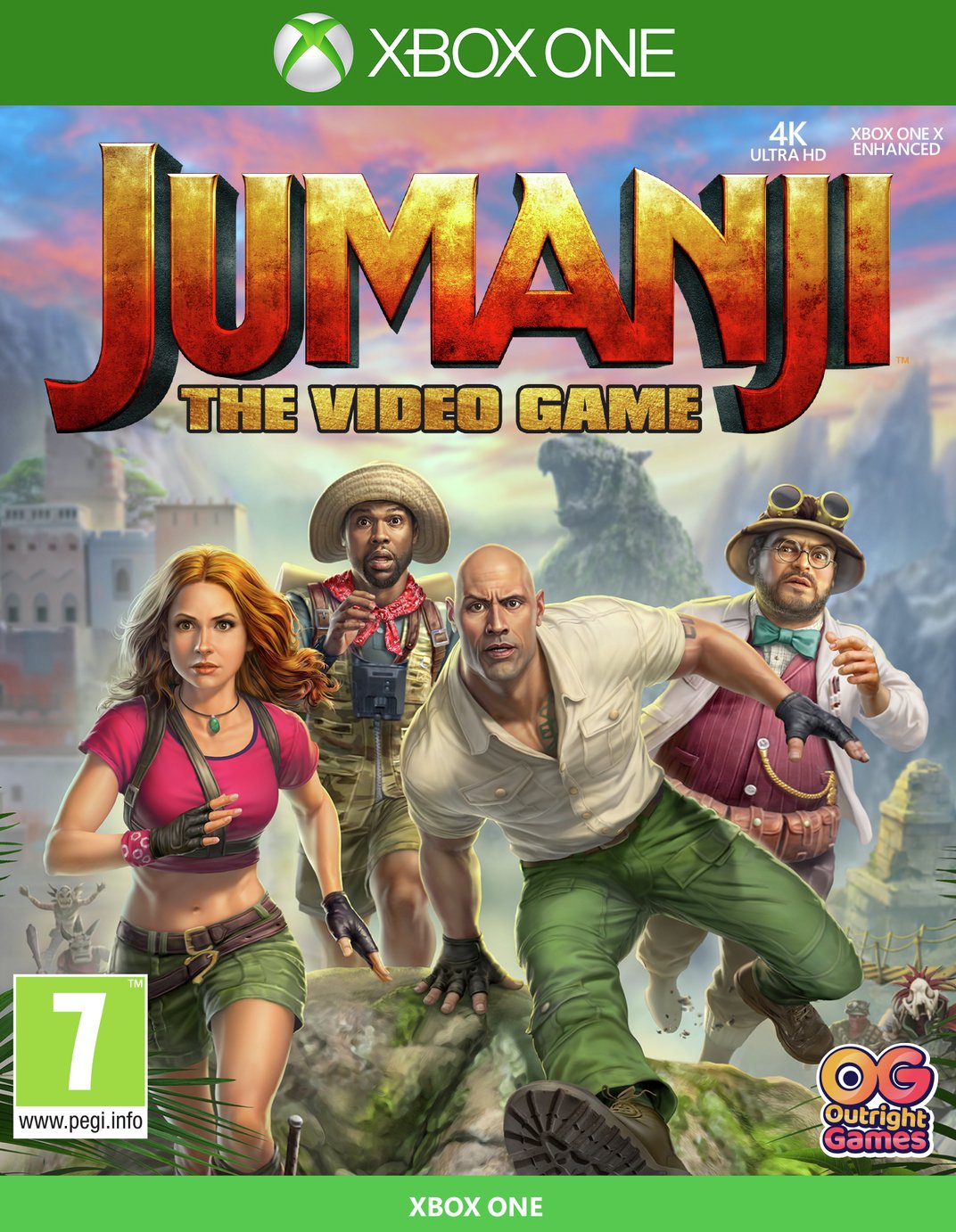 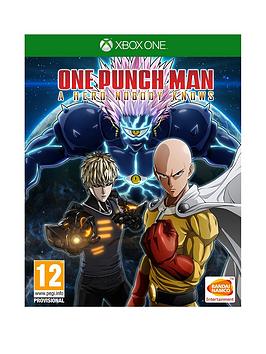 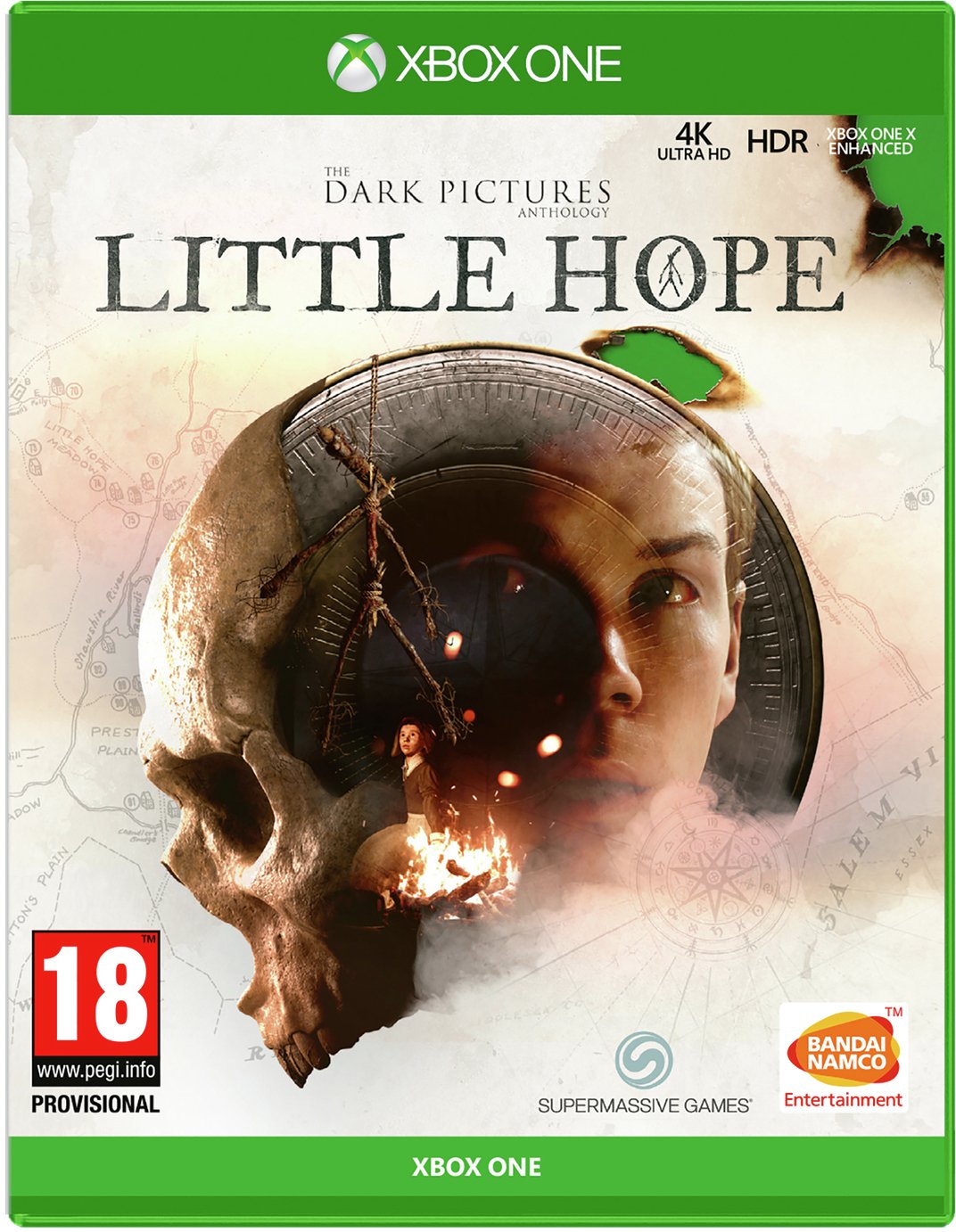 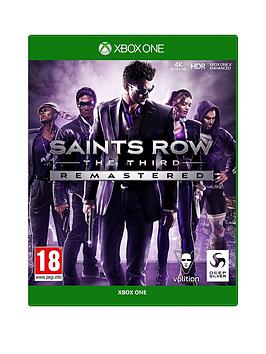 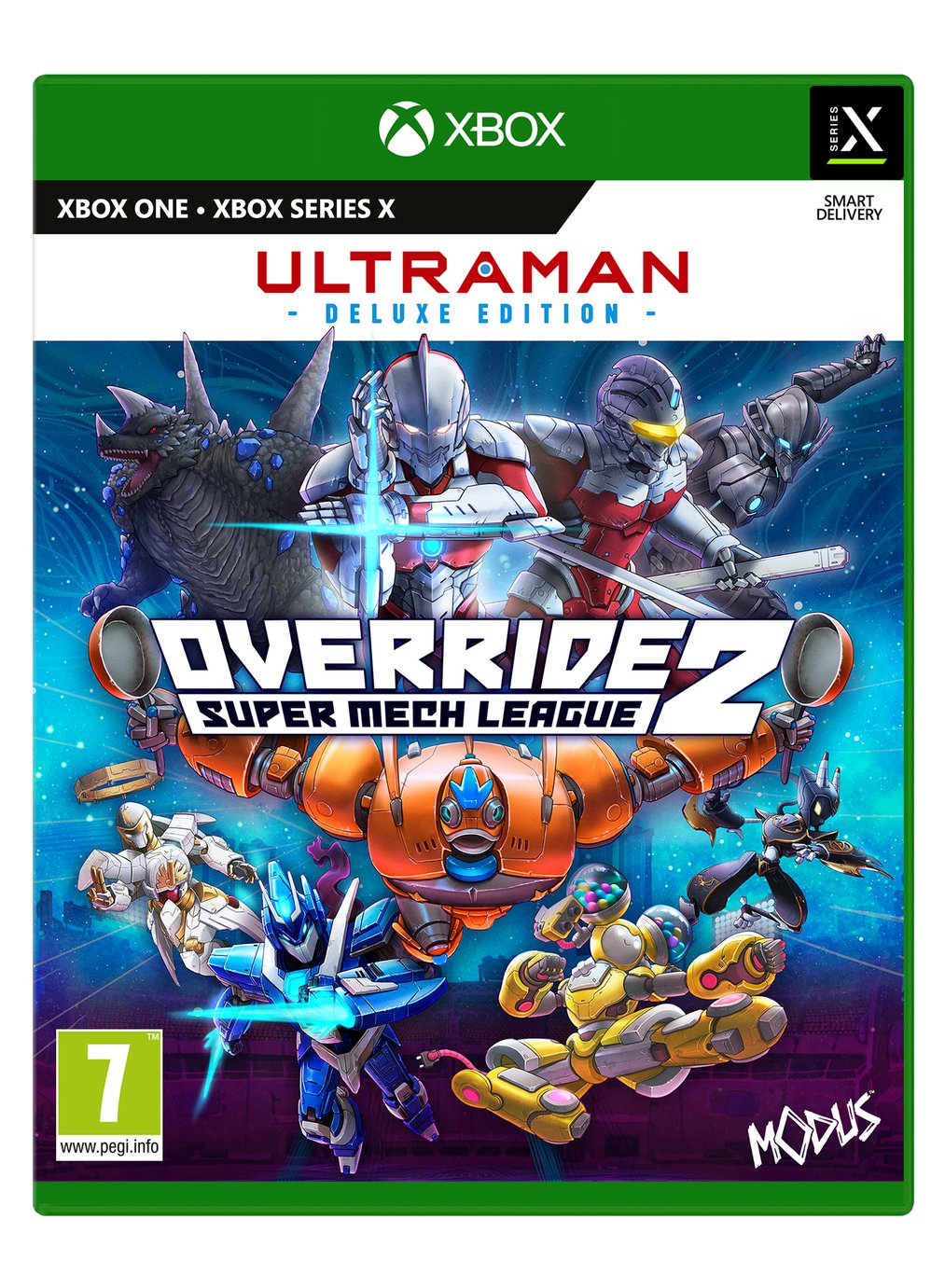 This page is featuring...

Release date: 15 December 2020. Hit the big league with a wired gaming controller designed for the Xbox Series X-S consoles. With advanced customizability for greater precision and control over your game, the Razer Wolverine V2 lets you dominate the competition from the comfort of your couch. Delivering hyper-responsive actuation with a cushioned touch, Razer Mecha-Tactile action buttons and Razer Mecha-Tactile D-Pad empower your every move with cutting-edge precision and crisp tactile feedback. Equipped with a 3-million tap life cycle for greater durability and a reduced actuation distance of 0.65mm - 35% less than that of the average membrane controller each button is finely tuned for greater accuracy to showcase your true gaming potential. The Wolverine V2 comes loaded with additional buttons for advanced gaming, 2 multi-function buttons at the front of the controller can be remapped via Razer Controller setup for Xbox to unleash greater control and a more personalized play style. Every millisecond matters in the heat of battle. For a competitive edge, activate Hair Trigger Mode via two slide-locks on the underside of the controller that greatly reduce travel distance to the main triggers, enabling an ultra-fast rate of fire with a gentle press. Manufacturer's 2 year guarantee. EAN: 8886419350996.

2020. The JBL Quantum ONE is a professional over-ear gaming headset that keeps you one step ahead with surround sound that engages you in the game and lets you anticipate every move. Designed for precision and immersion, JBL QuantumSPHERE Signature helps you level up your performance for a real advantage. Enjoy gamings most immersive sound experience with personalized surround sound powered by the included JBL QuantumENGINE PC software. JBL QuantumSPHERE 360 gives you professional-level 3D-audio positioning. Custom calibration of JBL's algorithm with the integrated head-tracking sensor and by-pack mic is built exclusively for the JBL Quantum ONE giving gamers next-gen accuracy audio positioning. Active Noise Cancelling tuned for gaming - designed for gaming environments, the Active Noise Cancelling system eliminates unwanted background sounds so you can stay fully engaged in combat without distractions. Compatible with Multi-platform. Connects to console via USB. Manufacturer's 2 year guarantee. EAN: 6925281969737.

The Seagate 4Tb Game Drive provides a huge amount of storage for your Xbox One or Xbox One S. Massively boost your console’s storage capacity with the only external drive designed exclusively for Xbox. Store your game collection and downloadable content in In a portable drive that fits in your pocket! Freeing up space on your console’s internal drive can becoming an ongoing battle, forcing you to delete games you still plan to go back to. Now you can keep 100+ Xbox One games on one handy hard drive. Plug-and-play functionality gives you instant power up. Your console automatically detects your hard drive the first time you plug it in and walks you through a hassle-free setup process that will have your drive game-ready in minutes. Unplug the Seagate Game Drive and you can take your entire game library to a friend’s house. It doesn’t need a separate power cord either, so it's just plug into any of your console's USB ports and get on with the action. Average game size is 35Gb to 50Gb. Requires Xbox Live login from original game owner. Formatting may be required. Computing Accessory Type: 2.5in Portable Hard Drive Depth: 20.8 MM Dongle Required: N Boost your console's storage capacity with the only external drive designed exclusively for Xbox One & Xbox One S. Massive 4TB capacity gives you storage for 100+ Xbox One games. Plug-and-play setup will have your drive game-ready in moments. With Seagate Game Drive you can also take your game library to a friend's house and play on their console. 2 year warranty. Height: 117 MM Width: 80 MM Wifi Enabled: N

Release date: 15 November 2019. The Xbox One S Star Wars Jedi: Fallen Order bundle and step into the role of a Jedi Padawan who narrowly escaped the purge of Order 66. This bundle includes an Xbox One S, an Xbox Wireless Controller, a full-game download of Star Wars Jedi: Fallen Order Deluxe Edition, a 1-month Xbox Live Gold subscription, a 1-month Xbox Game Pass for Console trial, and 1 month of EA Access. There's never been a better time to game with Xbox One. This item is classified as certificate 16. It contains content unsuitable for persons under 16 years old. It is illegal to supply it to anyone under that age. DO NOT attempt to purchase the item if you are under 16. Get the story behind the game with the Star Wars Jedi: Fallen Order Deluxe Edition, including a cosmetic skin for BD-1, a cosmetic skin for the Stinger Mantis, a Digital Art Book, and a Director's Cut featuring behind-the-scenes videos containing over 90 minutes of footage from the making of the game. Experience iconic and familiar planets, weapons, gear, and enemies while meeting a roster of fresh characters, locations, creatures, droids, and adversaries new to Star Wars on a galaxy-spanning adventure. Develop your connection to the Force and tap into powerful Force abilities for exploration and combat. Master the iconic lightsaber in thoughtful and innovative combat. Watch 4K Blu-ray movies; stream 4K video on Netflix, Amazon, and YouTube, among others; and listen to music with Spotify. Xbox Live Gold, Xbox Game Pass for Console and EA Access. Includes: 1-Month of Xbox Live Gold – connect and play with friends and family on Xbox Live, the most advanced multiplayer network. 1-Month Xbox Game Pass for Console trial – enjoy 100+ games right out of the box. 1-Month EA Access trial – Play dozens of EA's best titles on Xbox One, try new games before launch. The only console designed to play the best games of the past, present and future Play over 2,200 games including more than 200 exclusives and over 600 classics from Xbox 360 and Original Xbox. (Games sold separately). The best value in games and entertainment. Whether you're watching 4K movies, or streaming gameplay, there's never been a better time to game with Xbox One. The best in 4K entertainment. Watch 4K Blu-ray movies and stream 4K video on Netflix, Amazon, YouTube, and more and experience richer, more luminous colours in games and video with High Dynamic Range technology. Xbox Play Anywhere. Enjoy the freedom of Xbox Play Anywhere games on both Xbox One and Windows 10 PC at no additional cost. Included:Digital download copy of Star Wars Jedi: Fallen Order included. 1000GB hard drive capacity. Size H6.5, W29.5, D23cm. Manufacturer's 1 year guarantee. EAN: 889842485097.